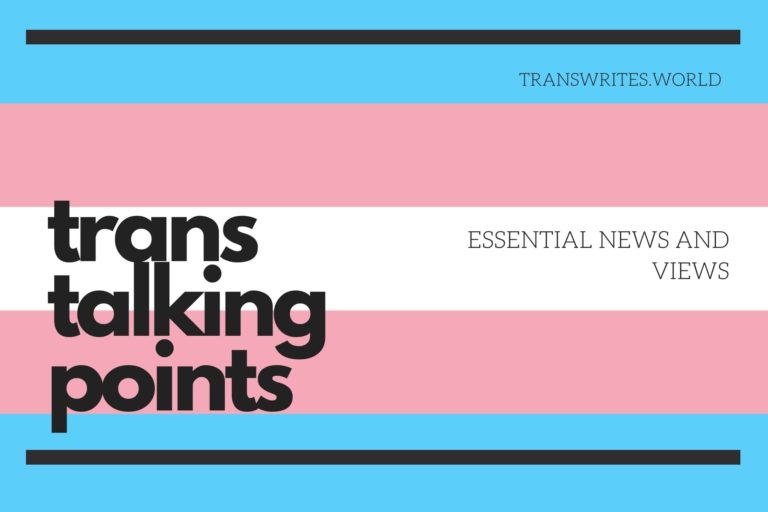 As Liz Truss announced her cabinet on Tuesday night, our worst fears were realised. It was clear – the far right think tanks had completed their silent coup.

It is quite a feat that Truss has managed to assemble the most diverse cabinet in Britain’s history while also the most fascist. There is no joy or relief to be found anywhere.

In came Suella Braverman as Home Secretary, an announcement that left most people quaking at the thought of the depths she could plunge. Dreggs was too kind a word from Joe Lycett, who didn’t say that.

She’s already made it clear where she stands on trans people and eagerly encourages the bullying of trans kids. We know that she is set to take an even harder line on immigration than Priti Patel, who wanted to send torture victims to Rwanda. Braverman doesn’t believe people have a right to be free from torture.

She was also one of just 72 MPs to vote against extending marriage equality to Northern Ireland in 2019, showing that, once again, transphobes also tend to be homophobes.

Truss herself isn’t actually much of one for the culture wars, growing up as she did as a liberal. Then she decided it was expedient for her career to switch to the Tories because they’d believe whatever she said, as long as it was what they wanted to hear.

That doesn’t stop her parroting the nonsense and lies. In fact, it’s the only thing she’s capable of doing well. She doesn’t feel the hate in her bones, however, not the way the people she has surrounded herself with do.

When it all explodes, Truss will perhaps one day point to that liberal past. She must never be allowed to forget what she has eagerly encouraged and facilitated just to further her own career.

Therese Coffey has been made Health Secretary and Deputy Prime Minister. Coffey doesn’t believe in marriage equality, either, nor does the new Chancellor, Kwasi Karteng. He is about to set cutting even more services, despite the infrastructure of the UK already in tatters as the corporations suck up all the cash.

More for them, even less for you.

I haven’t even mentioned Coffey’s complete lack of care about benefit claimants dying or the needs of disabled people when she was at DWP covering up reports.

If there was any silver lining to be found it was in Kemi Badenoch being appointed to the role of International Trade Secretary and President of the Board of Trade rather than Education as had been expected. Badenoch has never voted for marriage equality and is absolutely terrified of trans people and gender neutral toilets.

Secretary of State for Education went to the make-your-own-beer Kit Malthouse who actually voted in favour of marriage equality. Although he has not got involved with the demonising of trans people, meaning he could theoretically go either way, in 2021 he said, “All forms of hate crime are completely unacceptable” when he was Minister of State in the Home Office and Ministry of Justice.

Chloe Smith, who has been handed the Work and Pensions portfolio is perhaps the closest thing to an ally LGBTQIA+ people can point to in this cabinet. She voted to extend marriage equality to gay people and regularly attends Norwich Pride.

Michael Ellis QC, as Attorney General also seems like an improvement on Suella Braverman. In 2021, as Solicitor General, Ellis referred the case of Horace White for unduly lenient sentencing after White was found guilty of harassing a trans woman.

Anne-Marie Trevelyan MP, Transport Secretary – Was absent for both votes on marriage equality and has defended Boris Johnson’s transphobia despite, at the same time, calling Jamie Wallis ‘brave’ for coming out as trans. She also said that the Tories were ‘incredibly proud’ of Wallis, which is just a lie.

Michelle Donelan MP, who will replace Nadine Dorries as Culture Secretary, is a nightmare. She was ‘absolutely horrified’ [GB News link] when Kathleen Stock voluntarily resigned after facing complaints for being transphobic. Donelan blamed the ‘wokerati’ for things that annoy her and has often spoke out about what she sees as ‘the nonsense of cancel culture.

Penny Mordaunt, now Leader of the House, was once a friend to trans people but she threw us all under the bus in her bid for the Tory leadership. As a result, she’s equally despised by trans people and transphobes alike.

Ben Wallace MP, the new Defence Secretary, has taken every chance he could to vote against marriage equality as well as voting against making it unlawful to discriminate against someone due to their sexuality.

Wendy Morton MP, Chief Whip, was absent for the votes on extending marriage equality to Northern Ireland but has spoken out against trans women in sport.

Others who have abstained/voted against queer people or made statements against trans people:

As horror after horror was announced, I began to wonder how long it would be before they started rounding trans people up. That sounds like hyperbole if you’re not trans but it’s not. You just haven’t been paying quite as much attention as we have.

Then, finally, the relief came! I had no need to worry about ending up in a camp. Liz Truss had put the human Victorian pencil, Jacob Rees-Mogg, in charge of energy. I realised we’d all be long dead from the climate crisis before this lot of fucking idiots could decide on the best location to house us.