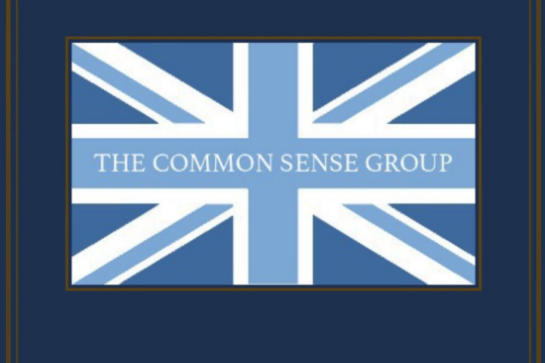 Who are the Common Sense Group and why we should be very concerned.

“The battle of ideas has been drawn into sharp focus with the emergence of extreme cultural and political groups, Black Lives Matter, Extinction Rebellion, Kill the Bill et al. – subversives fuelled by ignorance and an arrogant determination to erase the past and dictate the future.” Sir John Hayes, introduction to “Common Sense: Conservative Thinking For a Post-Liberal Age.”

You may not be as familiar with the Tory faction known as the ‘Common Sense Group’ as you are with say the ERG, but for an organisation that was only formed two years ago, they have got themselves into the heart of government and are driving the so-called ‘culture war’ that has consumed our lives. Quite simply, they are a group on a mission to put an end to ‘cancel culture’ and anything they deem as ‘woke’.

Look closely at most of the manufactured outrages in the pages of the Times, Telegraph and Mail over the past two years and, more often than not, you will find their founder and leader or another one of their connected MPs. At the micro level, they are easy to miss. Pan out to look at the volume of coverage they have received over the past two years and it is clear to see that they are relentless with client journalists only too happy to offer them space without question or challenge.

The exact numbers of MPs and peers involved with the CSG is hard to pin down. Estimates range from 30 MPs (Daily Express) to 40 (Telegraph) to 50 (Sunday Express) to 59 (Telegraph) to 60 (Sunday Express, Mail on Sunday) to 70 (can’t remember). When it comes to peers, the number seems to be around seven, but not more than 10. At the time of writing, I’ve been able to identify 42 in total.

Founded by Sir John Hayes, a man knighted by Theresa May in an alleged attempt to get him to back her Brexit deal (which he didn’t back), Hayes is the Common Sense Group’s chairman and close confidant of the (at-the-time-of-writing) current Home Secretary, Suella Braverman.

They met in 2015, just before she became one of the Red Wall intake of MPs and their families are said to have become close.

Badenoch, the new Minister for Equalities, is also a member of the CSG.

Since Rishi Sunak was anointed as the UK’s latest Prime Minister thanks to the backing of Braverman and, therefore, the large group of CSG MPs, they have moved fast.

Braverman, as you know, was re-installed as Home Secretary despite being forced to resign less than a week earlier for leaking sensitive documents. Those documents apparently related to the government’s new/updated immigration policy.

The man Leaky Sue was emailing with her private account was the CSG’s Sir John Hayes. It has been claimed that Braverman makes no decisions without running it past Hayes, who has been an MP since 1987, first.

Some of Braveman’s decisions so far have “led directly to overcrowding and outbreaks of scabies and diphtheria at a migrant processing centre in Kent,” according to the Times, a paper who have also helped the CSG wage their culture war.

The Times continued, “Multiple government sources who work on asylum accommodation said she had blocked the transfer of thousands of migrants detained at a processing centre at Manston airport to hotels during her first, six-week spell as home secretary.

“Home Office officials warned her that she risked breaking the law by detaining people — including an Afghan family — for periods of up to 32 days at the centre. There has been at least one report of sexual assault against a member of staff at the Manston site.”

By the 30 October, the Sunday Telegraph were declaring on their front page that Sunak is “to stamp out ‘woke’ policing”, something else Braverman has been going on about recently. She wants police forces to stop focusing on things like hate crimes and get back to ‘real’ policing. Top of her list seems to be making sure randomers can harass and misgender trans people with impunity.

Suank’s attack on the Equality Act as reported by the Telegraph is no coincidence, either. That is something else CSG are keen to destroy.

“Leaving the EU is just the end of the beginning, not the beginning of the end of this process. What is required is nothing less than a complete reconfiguration of the relationship between the individual, society, the economy and the state” Hayes said in 2020.

The CSG have very clearly told us who they are.

It is time that we believed them.