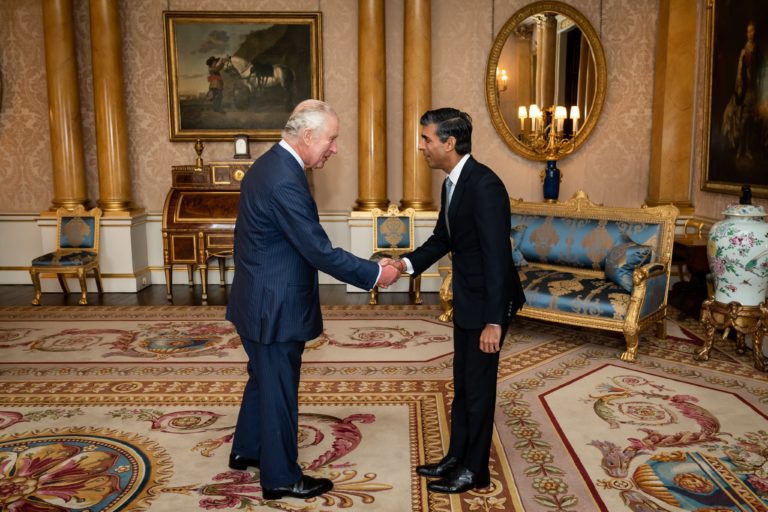 Rishi Sunak is the UK’s new Prime Minister after getting another go at the Tory popularity contest, so what immense dinglebats has the man, who showed he was willing to sacrifice trans people on the altar of Tory shithousery, stuffed his cabinet with?

This is going to be depressing reading so let’s start with the good news, of which there is little. Jacob Rees-Mogg, the ghost of a Victorian zombie’s pencil, has resigned from the cabinet, presumably after being told Sunak didn’t want a man in his cabinet who once referred to him as a ‘socialist’. Could there be a bigger insult on the right?

Sunak had a depleted pool of sludge to choose his cabinet from, and he has had a good rummage round in there to pull out some exceptional crap.

I’m not going to focus on all the departments, just a select few. Get a drink. I know I needed one.

Chancellor of the Exchequer 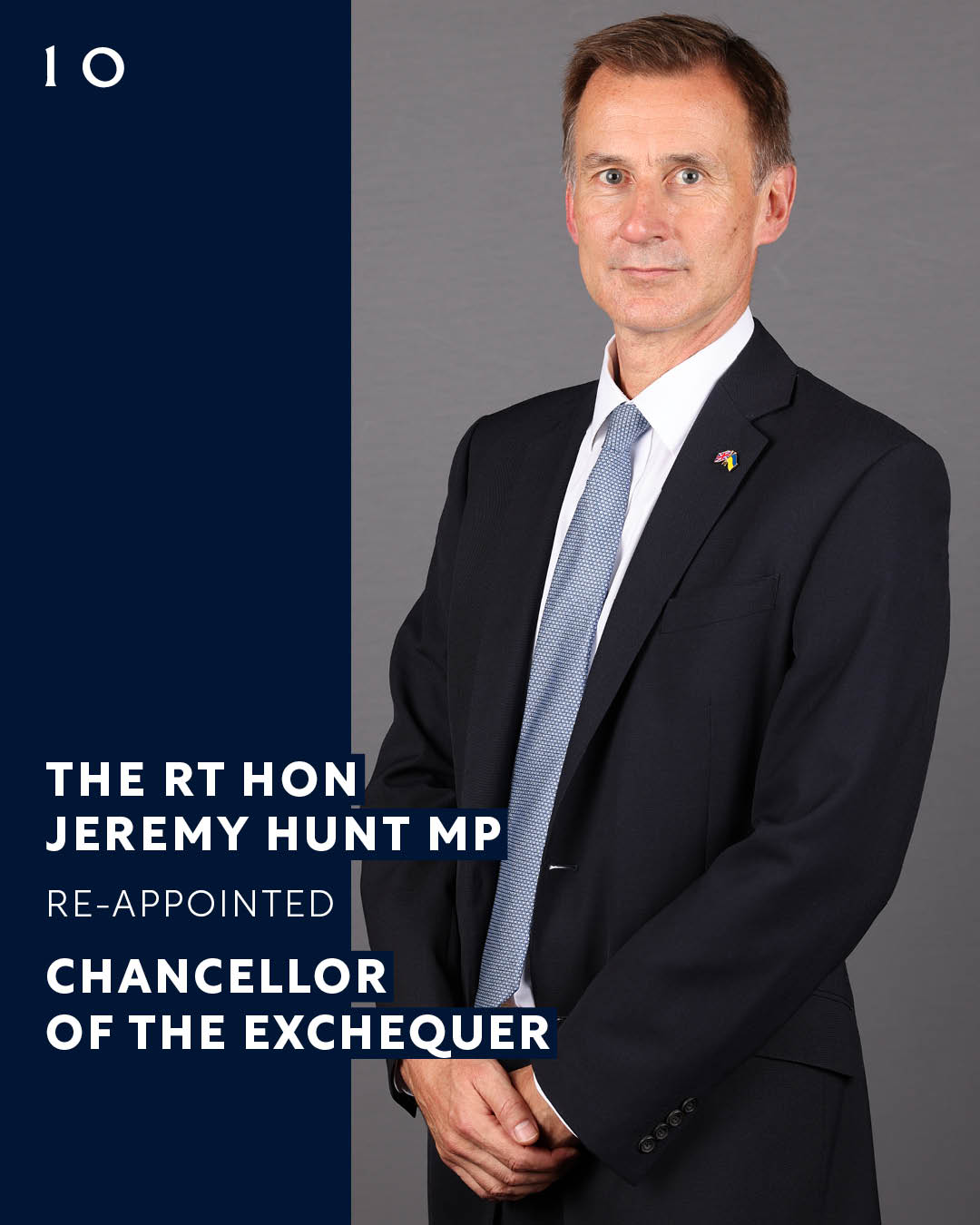 Jeremy Hunt will remain as Chancellor of the Exchequer to soothe the fears of our overlords, The Markets. With Sunak in place, and Hunt a massive austerity stan, expect cuts, cuts, cuts.

As Arthur Webber reminds us, “Jeremy Hunt was the longest serving Health Secretary in British political history and remains Chair of the Health and Social Care Select Committee.

“Therefore, if you’re looking for one person to blame for the dire state of transgender healthcare in this country, you’re probably going to knock at his door. He markets himself as socially liberal and has voted in favour of LGBT+ rights legislation, including same-sex marriage.” 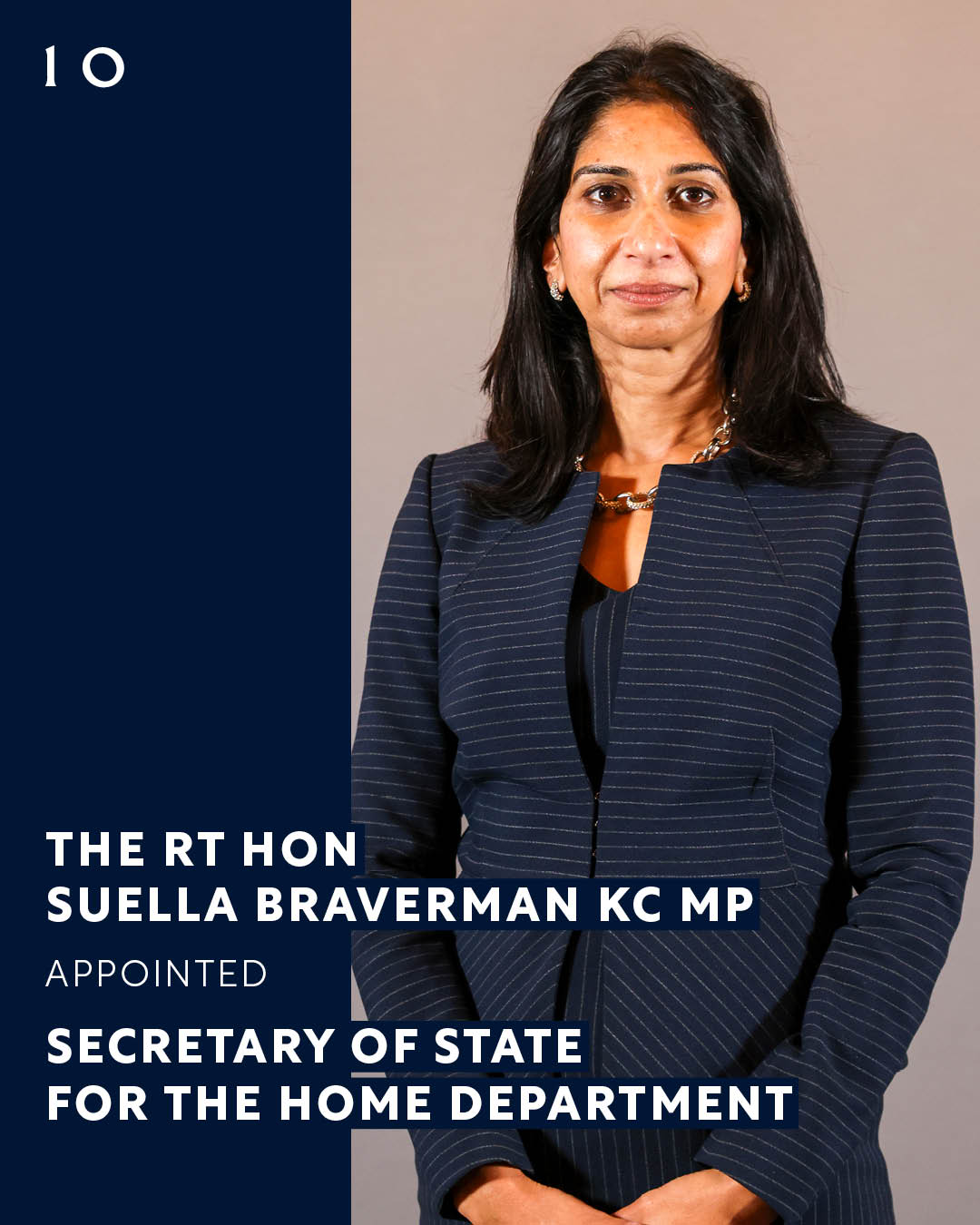 Suella Braverman’s specific brand of cruelty is back in the Home Office less than a week after she resigned for sending a work email from a personal, unsecure email address.

Of course, that was the reason she gave in her resignation letter, but we all know it is bullshit. Mistakes that have cost thousands of lives haven’t required a resignation in this Tory party, sending an email from the wrong address is hardly likely to be the line they draw.

Still, she officially resigned for doing a bad thing, and that bad thing was probably a lot worse than has been reported:

Suella Braverman did not mistakenly leak a meaningless document. She endlessly consulted a maverick. She deliberately emailed a policy doc not yet agreed to her pvt email. Then she sent it to John Hayes and someone she thought was his wife. Then lied to PM about when it was sent pic.twitter.com/WvjnMT7Cvw

She also probably sensed how the wind was howling, with Truss about to be blown out. It’s not beyond the realms that Braverman was given a headsup by Sir Graham Brady that a big gust was coming and she needed to get out ahead of it.

An honorary KC because she couldn’t be Attorney General (2020-2021) without it, earning such a title is for the plebs. Not that it’s likely she would have been able to show the intellect required.  Braverman is, in the words of Michael Spicer, “a thundering volcanic halfwit,” who, “shouldn’t be left alone near a toaster by herself never mind the home office.”

She spent two years in France on an Erasmus Programme that she’s happy to deny you and your children. Braverman also dreams of sending asylum seekers to Rwanda, where they would remain regardless of the outcome of their claim.

Just this month, Braverman was calling on the government to end ‘trans ideology,’ in schools and was annoyed that the police were taking hate crimes seriously.

What she calls ‘trans ideology’ is known to most other people as ‘trans people existing’.

Generally, Barclay has shown support for equal rights, making him an instant step up from Therese Coffey, who has been shunted off to DEFRA.

That being said, he never even bothered to turn up for two recent votes about extending marriage equality to Northern Ireland in light of the DUP’s resistance to the matter. Barclay was also one of the main engineers of Brexit (and held the role of Secretary of State for Exiting the European Union for two years when he would have worked closely with the DUP).

This post had been widely expected to go to Kemi Badenoch so Gillian Keegan was a massive relief and is the one spark of light in this entire cabinet of awfulness.

New Education Secretary @GillianKeegan said: "Trans women are women and trans people deserve equal and fair access to healthcare, safe spaces, and opportunities, as well as to live their life with dignity." Positive but interesting how that will go down with cabinet colleagues 🧵

How that will gel with her new buds, only time will tell. 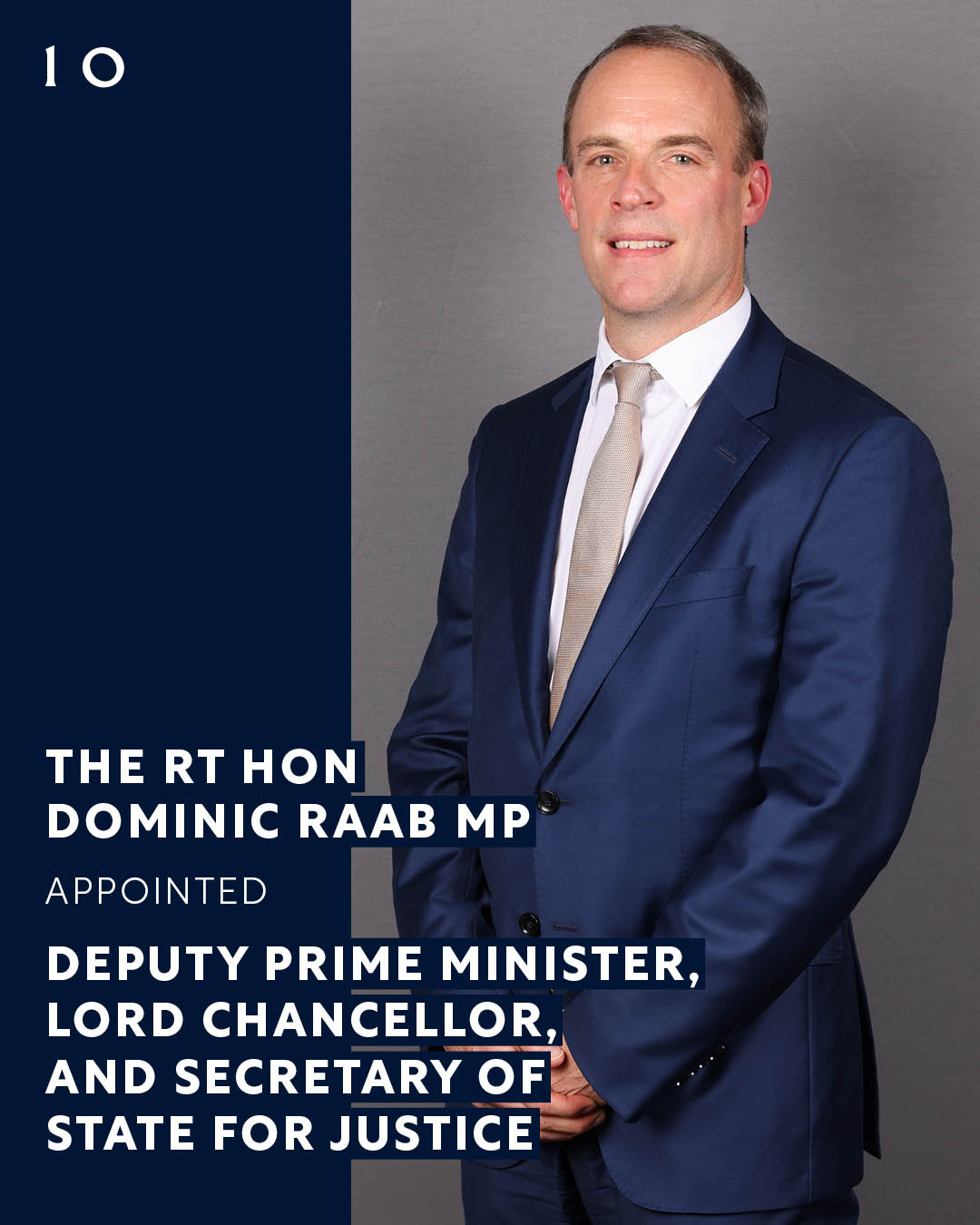 Dominic Raab is a man as sharp as a soft-boiled egg who continues to fail upwards in life.

This is human being who doesn’t believe in ‘human rights’. If life was satire, and at some point we are going to have to start asking if it might be, it would have been criticised as too on-the-nose for for him to be appointed Minister for Human Rights (2015-2016), yet that’s what happened.

Quite how you do a job when you don’t believe the thing you’re working for exists, I’m not sure. I mean, how would you cope if the government made you Minister of Lough Ness Monsters?

Actually, that sounds fun, which is probably what Raab thought, too, in much more sinister way, obviously.

Never meeting a good idea he couldn’t outrun, Raab now returns to a role he held between June 2017 and January 2018. He’s still no more suited to it than I am suited to being a dolphin on the verge of splitting the atom.

Raab has spoken about the need to sort prisoners by their genitals. Prison guards do not need to be sorted by theirs because everybody knows it’s only the transes who do all the sex criming.

In short, Raab wants to make it harder for trans women to be housed in women’s prisons.

He is a walking advertisement for why we have warning labels, yet thinks it is ‘obvious’ that a woman can’t be born with a penis. Other things that Raab has observed include how most people using food banks just have cashflow problems and how “Feminists are now amongst the most obnoxious bigots.”

As with all on the right wing, his accusations are no more than projection. Once claiming “the British are among the worst idlers in the world,” Raab remained on holiday when he was Foreign Secretary as Kabul fell.

Hundreds, if not more, were left stranded. Promises to Afghanis who had worked with the British were broken and they were left fearing for their lives.

Raab, meanwhile, idled on his sunlounger. 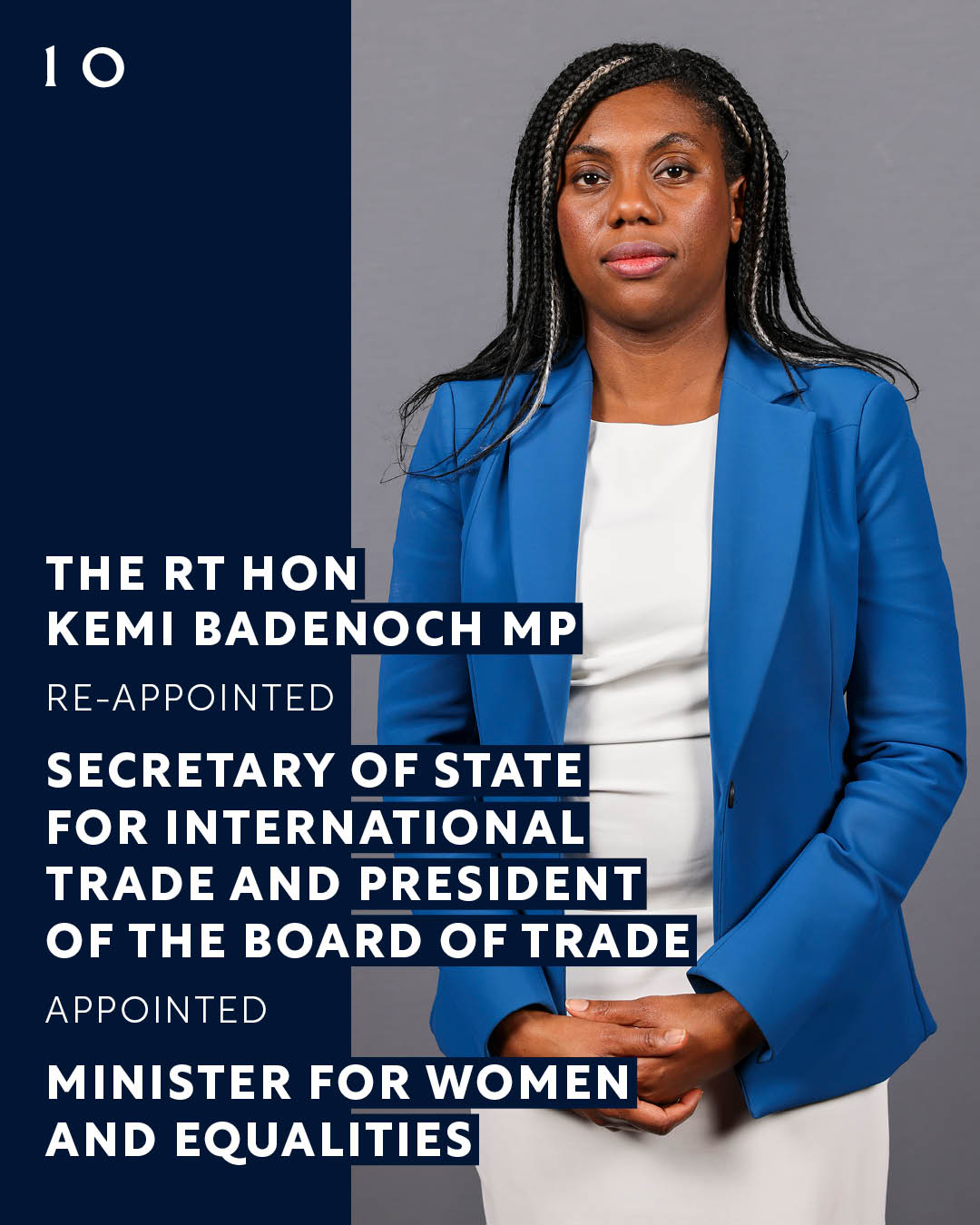 There were two posts that trans people didn’t want Kemi Badenoch to get; education and this one.

Although she retains her portfolio for International Trade, that will hopefully stop her doing too much damage, in reality, this is one of the posts she was gunning for and where her main energy will be directed.

A woman who couldn’t even endure gender neutral toilets at the launch of her failed leadership bid just a few months ago, and was recorded calling trans women ‘he’ while asking derisively ‘what do trans people want?’ is now in charge of how trans people should be treated.

All we want is to be left alone with the same rights as everybody else but I sense that is the exact opposite of what Badenoch plans to do. Hopefully, Sunak’s government will not last much longer than Liz Truss’s and will be gone before she can do any lasting damage.

I’ve never heard of Victoria Prentis and a preliminary search brings up no comments about trans people so that can only be a good thing.

As I watched the names being pulled out of Sunak’s hat, a Pulp song wouldn’t stop playing in my head.

That’s what this cabinet is.

The same one we’ve had for years, shuffled in a slightly different order.