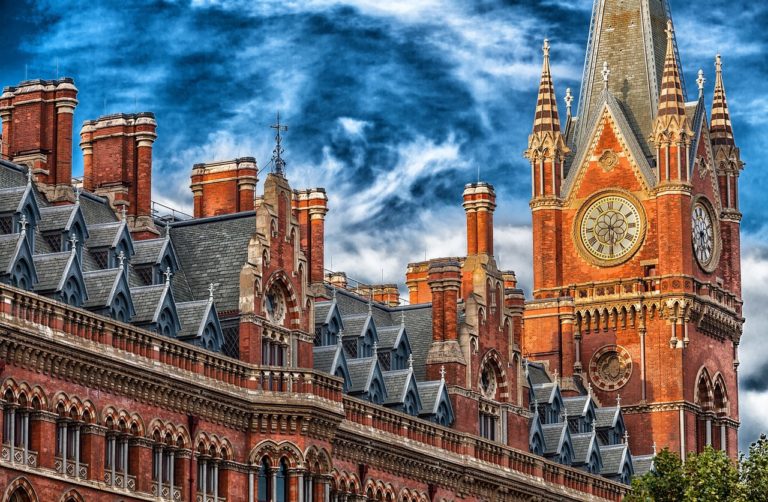 Rishi Sunak is the UK’s latest X-Factor Prime Minister, so what can trans people expect from those he will stuff in his cabinet?

Rishi Sunak hardly said a thing to get elected as the latest leader of the disastrous Tory party, but he didn’t need to as behind the scenes a coronation was arranged.

During the first leadership campaign that bored us all stupid over the summer, Sunak made his position on trans people clear.

Well, actually, he made it clear he knew how to repeat the ‘I know what a woman is’ soundbite. I’m still not entirely convinced he gives a f**k about the matter.

Still, they were words his supporters and the right-wing media wanted to hear, so he repeated them as often as he could. He also told us how we need to protect ‘our women’.

From what, he didn’t say, but might I suggest ‘from people who claim ownership over them’.

As Arthur Webber noted in a preview of the candidates for the first contest, “Upon launching his bid, his first policy pledge was to crack down on the usage of gender neutral language. Not that absolute poverty is due to rise by 1.3 million next year (according to The Resolution Foundation), that society is being made a little too inclusive of the darn transgenders.

“Given the recently unearthed clip where he bragged about not having any working class friends as a young man, you can maybe understand why he has no idea what the average person’s priorities are. Hint: it’s not other people’s genitals.”

Our invisible overlords, The Markets, have dictated that Jeremy Hunt remain as Chancellor but every other position in Sunak’s cabinet is up for grabs once again. Webber reminds us, “Jeremy Hunt was the longest serving Health Secretary in British political history and remains Chair of the Health and Social Care Select Committee.

“Therefore, if you’re looking for one person to blame for the dire state of transgender healthcare in this country, you’re probably going to knock at his door. He markets himself as socially liberal and has voted in favour of LGBT+ rights legislation, including same-sex marriage.”

Flip-flopping every half an hour, Nadhim Zahawi eventually landed on Sunak and could remain as Chancellor of the Duchy of Lancaster as a result. He could also get another spot as he plays Cabinet Position Bingo in search of a full house. Zahawi has also been Chancellor and Secretary of State for Education this year alone.

“As a result of his stance on trans rights,” Webber wrote, “Zahawi was protested at his appearance at University of Warwick by groups such as Trans Action Warwick who we spoke to here. Of course, the media decided to focus on the fact that one of the protesters is the son of a Labour MP and completely ignore his message.”

Most frightening, both Kemi Badenoch and Suella Braverman backed Sunak and look poised for cabinet roles. That pair should need no introduction, but in case you would like a refresher, let me turn to Webber’s words from July once again.

“Suella Braverman is [was] currently the Attorney General of England and Wales. After launching her leadership bid, journalist Sebastian Payne posted a strange statement where Braverman claimed that she was angry that a bill introduced to allow cabinet ministers to take maternity leave because the document referred to “pregnant people” rather than “pregnant women”.

“Prior to this, she praised JK Rowling as a “heroine” of hers and stated that schools do not have to “pander” to trans pupils. She even accused some teachers of “encouraging” gender dysphoria. I don’t know about you, but none of my teachers told me to wear a ski jacket in the summer to hide my body and potentially risk heatstroke – I made that decision all by myself.

Braverman used space in the Telegraph this weekend to again call for a tough stance on ‘trans ideology’ in schools, fulfilling her dream of activating the Rwanda migrant deportation policy and curbing human rights law. She will no doubt be looking to pick up where she left off with her resignation as Home Secretary last week.

She looked to be loving life as Priti Patel’s more evil successor and will have asked for a big job in return for her backing in this non-contest.

As for Badenoch, “A VICE investigation found audio where she referred to trans women as men and asked “what are transsexuals looking for?” Equality, for one. Maybe a house. A Freedom of Information request also found that Badenoch asked for the government to consider LGB Alliance as a regular stakeholder. She had met with them the year before.

“Badenoch also came out swinging for Kathleen Stock during her 15 minutes of fame, claiming that Stock’s anti-trans views were “in step with the majority of the population”.

“At the venue where she launched her campaign, for some reason she decided to assign genders to single-stall toilets. That’ll own the libs!”

Badenoch wanted education under Liz Truss and was said to be very angry when she was shoved off to International Trade, so get poised to have her put in charge of schools.

Health secretary is also likely to be a position that will change. Therese Coffey did not seem to publicly back any candidate but is a known Boris Johnson loyalist.

Looking through the rest of the MPs who backed Sunak, it’s clear to see that he is the transphobes new favourite horse.

Given how little I actually think he cares about the matter, as I mentioned, I fear he could put some prominent GC cultists in powerful positions and them just let them do what they want.