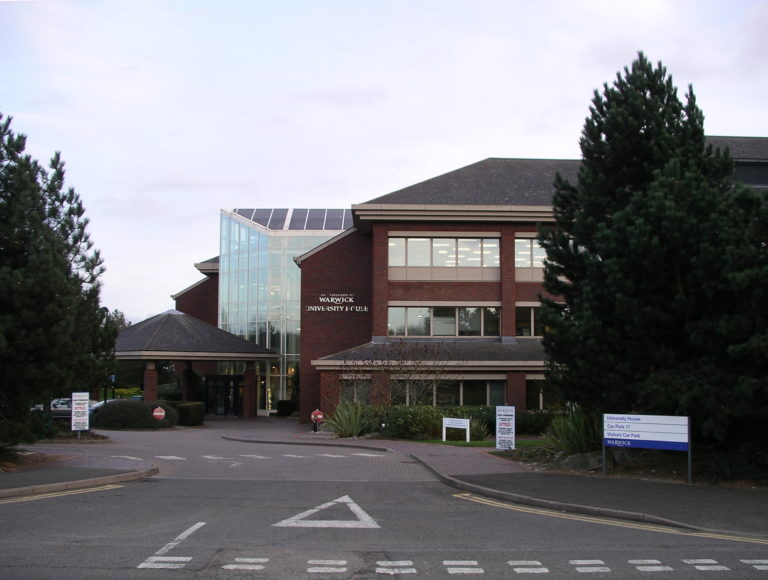 Katy Montgomerie’s speech at Warwick University has been postponed following threats to disrupt the event and in the light of the protests regarding Nadhim Zahawi’s disastrous appearance on campus earlier this year.

Katy Montgomerie’s speech was announced on October 10th and by October 13th it was announced that it would need to be cancelled and rescheduled for a later date.

Ok exciting news…! I'm giving my first ever talk at a university this Friday at Warwick 😮😮😮

Combatting Hate (With A Bit Of Science) pic.twitter.com/xuhgmA6ut2

The event was organised by Warwick Integrated Science Society, also known as Warwick Insoc. When asked for comment regarding the cancelling of Katy Montgomerie’s speech a representative said;

“Warwick Insoc asked Katy several months ago if she’d be interested in giving a talk to our science-based society.

After Katy posted about the talk on social media, there were some pretty grim comments. This included quite a few saying they might try to come and disrupt the event. I doubt any of them actually would have, but we thought it was best to let the uni know.

When we did that, it turned out the SU weren’t aware of the event because we hadn’t done the paperwork to give them notice. This is meant to be done at least 21 days before an event. For other talks (eg Mike Tildesley) they were willing to hurry it through as it was basically a formality. However, given the online attention Katy was getting, they were worried about some sort of disruption and wanted to make sure they could sort additional security and controlled entry.

They cited the recent protesting of Nadhim Zahawi, which had full security, as an example. This meant we had to postpone the talk to make sure security could be sorted properly. We hope to reschedule it for November and it will be open to all students and staff.”

Earlier this year, in May, the at-the-time Secretary of State for Education who has since been The Chancellor of the Exchequer and as of September 6th is Chancellor of the Duchy of Lancaster, Minister for Intergovernmental Relations and Minister for Equalities; Nadhim Zahawi was protested at Warwick University and had to be rushed out after his speech.

We covered that in detail here, and also did an interview with the group who organised the protest. In short though; Nadhim Zahawi attracted the attention of protests groups due to his repeated anti-trans comments and dogwhistle rhetoric.

We also reached out to Katy Montgomerie for comment on the cancellation of her speech and she said;

“I am disappointed my talk on combatting hate was postponed, ironically, due to hate and a security risk. The misogynistic and transphobic threats I’ve received have been quite overwhelming, but I am undeterred and look forward to giving my talk on the new date when it is arranged.”

Showing some of those threats and abusive messages on Twitter hasn’t stopped them from happening nor has it stopped other transphobes from denying they are real. Other transphobes have also seized upon a Warwick Insoc member who has been trying to answer questions regarding the postponing of the event. Many are accusing the society of lying about why Katy Montgomerie’s speech has been cancelled.

Ultimately I don’t really disagree with the decisions made. I think that Warwick Insoc did a good job by alerting the University to the threats and Warwick Uni did the right thing by wanting to get the paperwork and enhanced security in place before giving the go ahead for the event. But nonetheless I am disappointed at this outcome for Katy Montgomerie’s speech.

When looking at the difference between the cited example of Mike Tildesley and Katy Montgomerie’s speech it’s extremely clear why one needs enhanced security. This fact is only compounded by the University citing the protests against Nadhim Zahawi earlier, which were also protests centered around trans lives.

Trans lives are in danger due to this constant ramping up of transphobia and the protection of transphobic rhetoric in media and politics. Even the BBC article regarding Nadhim Zahawi’s protest says the politician was “targeted” by the protest group; a deliberate language choice meant to make the group sound like aggressors. As opposed to you know… protestors; people who protest against a thing someone else did first.

Katy Montgomerie’s speech is still supposed to be going ahead, albeit on a new day. We will add details to the top and at the end of this article as that is announced. You can also check out the video below for more from Katy herself;

Ok so I'm doing a stream at 9pm UK time (in 2h) about what happened with my talk at Warwick University that was postponed due to a need for increased security! Hopefully will be getting a special guest from the student society that booked me!https://t.co/nQUpXjUcyF pic.twitter.com/46oowDRNis