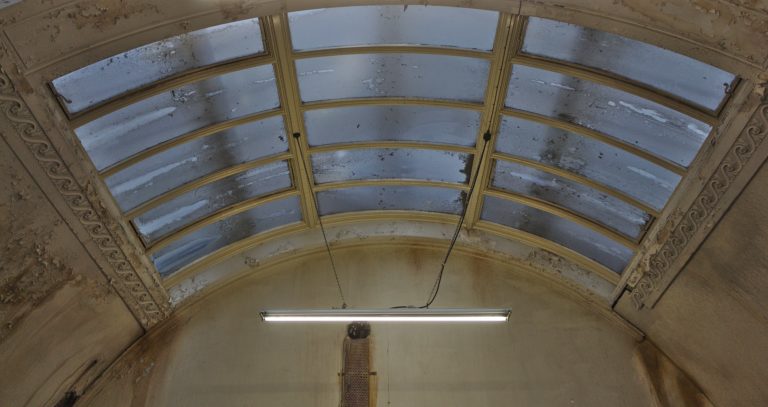 During the Allison Bailey tribunal we heard a lot about “The cotton ceiling”. Which is a phrase used primarily by anti-trans activists nowadays to frame transgender women in particular as predatory men. This is a deliberately unfair reading meant to monster transgender women.

The Allison Bailey employment tribunal is over so now I can finally talk more about the things being discussed within, without having to worry about contempt. Yay. So lets talk about The cotton ceiling as it related to this case, shall we?

I watched Allison Bailey’s tribunal every day I could.  From the evidence bundles and the discussion it was very clear that the concept of “the cotton ceiling” was to feature heavily. Which it did, and in my opinion, her statements surrounding it should have ended Allison Bailey’s career as a criminal barrister.

That’s because part of the evidence we saw included a tweet by Bailey about an event held by a transgender woman discussing the cotton ceiling. The tweet by Bailey alleges that this meeting has the “sole goal of coaching heterosexual men to coerce young lesbian into sex with them.“ Which depending on your jurisdiction is a sex crime, but either way is morally repugnant and deserves criticism – if its true.

Stonewall recently hired Morgan Page, a male bodied person who ran workshops with the sole aim of coaching heterosexual men who identify as lesbians on how they can coerce young lesbians into having sex with them. Page called “overcoming the cotton ceiling” and it is popular.

During the tribunal we heard evidence from Bailey which showed that she did not have any way of knowing what actually took place during the event, she didn’t attend it and didn’t know anyone who did. We also heard evidence that her understanding of the phrase “the cotton ceiling” – and therefore the event – almost exclusively comes from secondary sources, most of which clearly showing an anti-trans bias. Primary sources are incredibly difficult to find.

This is all bad enough on its own. Without any real evidence or reason to do so, a respected criminal barrister has alleged that a named individual engaged in sexually coercive behaviours.

Before the result came out yesterday, I strongly believed this would be the nail in the coffin for her as it is an incredibly egregious move. One which multiple QCs throughout the tribunal commented on. We heard evidence that they even considered speaking with the Bar Standards Board over it.

However reading the judgement, this tweet appears to have been bundled into her protected belief. Which (IANAL but,) I’m pretty certain is a misapplication of law. Her right to hold a belief is protected due to the belief being a deeply held philosophical belief that doesn’t cross into extremism or exterminationist rhetoric ie, it meets the Grainger Criteria.

But Bailey’s tweet isn’t merely having a protected belief. Its a defamatory accusation of potentially criminal behaviour, one which doesn’t actually rely on a protected belief at all. From a criminal barrister who should absolutely have known better.

I believe its been considered part of her protected belief due to her use of the phrase “male-bodied” in the tweet in reference to a transgender woman. In fact this is why the tweet was included in the first place, a representative for Stonewall had complained about that aspect in particular.

However when it reached Garden Court Chambers’ internal complaints procedure the real nature of the problem became apparent. GCC staff looked into getting clarification from the BSB about it. QCs from chambers even investigated the event and the cotton ceiling as a whole themselves. They again, commented on the lack of primary sources & ultimately found Bailey’s accusation to be ungrounded.

That’s not to say that her accusation is ungroundable – I mean, it is ungroundable because its a false accusation based on a hateful conspiracy theory in my opinion – but that Bailey did not have a sufficiently strong reason to have made such a strong accusation.

This is important because making a false accusation isn’t the end of the world, if you had a strong reason to honestly believe it. But its clear that Bailey lacked that and astounding that Judge Sarah Goodman appears to have not factored any of this in to the judgment.

One thing that is clear is the need for more balanced, informative and educational pieces regarding terms like “the cotton ceiling”. QCs and Judges alike shouldn’t be struggling to find that information, especially if its going to be coming up in cases such as this. Transphobia thrives on disinformation and that needs to be addressed.

I’ll be doing a deep dive into that soon. For now I can sum-up the cotton ceiling in a single sentence for you; people can have prejudices which can affect things like who we are likely to seek out relationships with. I don’t think this is a controversial statement, and I think we all likely could think of a supporting example of this within a few seconds of hearing it.

In my opinion; to accuse someone of potential sex crimes for having said prejudice exists is a wild lashing out of transphobic rage. But for a judge to just straight up ignore that that’s what happened? That’s suspect.

GCC are looking to appeal and I hope that they make this point a lot clearer this time around. Protected belief or not, you should not just be allowed to accuse people of awful things with zero evidence.