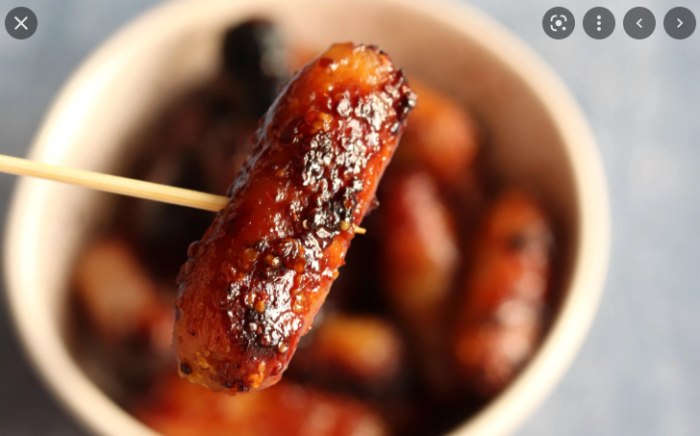 The day after I had top surgery, a friend asked me ‘when’s your next operation?’

As I struggled to lift my arms after having had two meat sacks hacked from the front of my chest, I concerned myself with more pressing matters such as ‘will my nipples fall off?’ (they didn’t).

The mere thought of another scalpel carving me up to manufacture a penis was not a welcome one.

To my surprise, after the pain of top surgery subsided and I really started to love how my body looked in front of a mirror, dans mes pantaloons, lower surgery started to feel like less of an urgent matter.

This was in stark contrast to how I started my transition, all guns blazing and ready to get me some dick.

No, not like that. I am still one of the few straights in the queer village.

I initially put my reluctance to push for phalloplasty consult date down to the recent pain memory from top surgery, but as that faded and I still couldn’t come up with a decision, I started to realise something was up.

I knew I didn’t like my genitals the way they were currently constructed, but I also knew that the growth caused by hormones had brought me a small bit of comfort.

After around nine months of constant deliberation, I finally knew what I wanted. I’d researched and read and talked as much as I could. I’d thought about every angle, every up and downside and was fairly confident that a meta was the way to go.

This left the option of a phalloplasty open without jumping straight to a choice that involved flaying my arm and carried a significant risk of complications, additional surgeries and infection.

My reasoning was that maybe, just maybe, I could find enough peace in a meta with some balls that I wouldn’t have to put myself through the trauma of a phallo.

And then I met a woman.

I hadn’t had my consult, but I had decided. But this woman was straight. She liked penii and I let that point overwhelm me during the first three months we got to know each other before we got intimate.

She was right, but I didn’t let that stop me reading into her comments and thinking to myself that, for this relationship or any in the future, I might be better served with a full-sized penis instead of a fun-sized one.

I kept my thoughts to myself. I can write about this stuff, but talking about it used to make my skin crawl. I got so uncomfortable as my dysphoria threatened to overrun my emotions ending in frustration for both people as I tried to and talk in code, not wanting to utter some words that might betray the genitals I carried around with me every day.

My consultation arrived, I went confidently towards it, sure that I had put enough thought and consideration over nine months to arrive at the decision of meta to know this is what I was going to ask for, but the doubts were growing louder and by the time I left the appointment and was back on the plane home later that day, I felt like I’d made a mistake.

Again, I kept that to myself for a while, but I couldn’t shake the feeling that I needed to get a phallo and eventually admitted that I wanted to change my mind.

Another phonecall, another consult, and I was all set. Now all I had to do was wait for a date – once I confirmed that I had stopped smoking for two months.

I came out of the consult in London, phoned my girlfriend and told her all that had been said. I was angry at myself, I knew that I would need to stop smoking for the operation but had not done so. I knew this would knock things back two months at least and I had no-one to blame but myself.

I vowed that I would stop smoking from the very next day and true to my word I did. I stopped with ease and for the two months before my test to prove I was a non-smoker had just one puff, one New Year’s Eve at a house party.

This was mid-January and at the same time I passed the test to prove I’d really quite smoking, the closest man in my life, the man I considered to be my father, my grandfather, became very seriously ill.

Admitted to hospital on his birthday at the start of December with what most thought was just the Noro virus, he couldn’t eat and was in hospital because every time he managed to force some food down, it came straight back out one end or the other.

Tests were run and nothing was found, the doctors seemed at a loss to explain what was wrong with him. They’d given him an endoscope and saw nothing suspicious but just to be sure they did a biopsy.

The doctor was floored with the results. Cancer. And it was not going to be one they could do anything about.

A few days before Christmas, my pappy was allowed home but he was so ill he needed a wheelchair. He insisted on using the bathroom on his own, fell and hit just about every surface on the way down, cutting his head, face and arm so badly we didn’t have plasters big enough to cover them.

Just a few days later he was back in hospital.

When he’d been diagnosed the doctors said that they only thing they could do for the cancer that he had would be to remove his entire stomach. That would give him around five more years, but the operation had a very high death rate, and that was for perfectly healthy people which my grandfather was clearly not. Even his age probably would have precluded him, but there was simply no way he was getting the surgery.

In a bid to get him to eat, they scheduled him for another endoscope to see if he needed a stent to open his oesophagus as he said he was constantly feeling full despite having not really eaten anything in a month at this point. In the two weeks since his first endoscope the cancer had grown so quickly that it had gone from not being visible in his oesophagus to almost closing it.

About a week later, after watching him attempt to eat less and less and growing more and more delirious, I asked the doctor for a realistic prognosis and he gave it. ‘Weeks not months’, he said. My granny, who is the absolute love of my life, didn’t want to know. My grandfather couldn’t even understand even if we had told him. He’d made it clear when he’d been able, he didn’t want to know either.

For the next few weeks, I never left his side. By the last week of January, we knew that the ‘weeks’ had turned into ‘days’ and I spent most of every day holding his hand, rubbing him when he had cramps that left him in agony despite being on morphine, and watched my hero starve to death before my eyes after the hospital withdrew fluids.

In amongst all this, I started smoking again. I didn’t overly care about my operation at that point and had reverted to my age-old coping mechanism for times of stress. I figured that I’d stopped smoking so easily just a few months before, I’d be able to do so. I reasoned that had I been ready for my operation earlier I might have been incapable to be with my grandfather so much in those final weeks, to tell him all the things I needed to say and have him tell me the same.

And anyway, what was two more months in the face of all this?

But I kept smoking.

And then I was smoking to cope with his funeral.

And then the grief.

I was forcing myself to stop again and kept failing, then beat myself up for that making me feel worse and even less likely to stop smoking.

Then the phone rang. It was the clinic with a date for me. When did I want? ‘Anytime’ I declared.

How about Monday? Urm, no.

I arranged a date two months away and pledged to stop smoking the next day.

I didn’t stop the next week either or the next month and by this point I knew something was seriously wrong.

If I wanted this surgery so much, why wasn’t I willing to do this one simple thing for it?

Before I knew it, my date was two weeks away and not only was I terrified of the operation, I knew that I was risking a fuck load of complications by not stopping smoking.

I googled. I tried to find a way to justify it.

Surely other surgeons don’t ask for two months clear? They didn’t. I found ones who didn’t care, who wanted two weeks, three weeks, one month and two.

But my surgeon had said two months. There must be a reason for that.

My head was a mess.

Eventually, I did the smart thing and spoke to the clinic, asking them to postpone my operation, figuring that with a little time to get past most of the grief over my grandfather I’d be better placed to stop smoking. I’d clearly been drained emotionally by all that had happened in the months prior.

This was a second chance.

But I didn’t stop and I could find absolutely no excitement about going through this operation.

The truth was I didn’t want to go through a phalloplasty trio of ops. I wanted to see if I could be happy with a meta.

I didn’t want to lose the arms to massive scarring that I’ve only come to love.

I was enjoying me, and nothing could shift my mind away from a phalloplasty not being me. Even though it would be formed from parts of my body, in my head, it was an appendage, something stuck on.

There came a point when I was, again, stressing myself out over all of this, that I had to admit that it wasn’t what I wanted. That I wanted to try my original plan, that I knew all I would be giving up but that this was something I felt I had to do. I had to give my body and brain a chance to be happy with a meta.

Phallo v meta is a debate that rages on. Both offer their own particular benefits and downsides but I knew for me I needed to take the meta stepping stone.

No-one can tell you which lower surgery is right for you. You might know unequivocally from the start or, like me, you might think you know only to find out that you really don’t have a clue because of the silencing of dysphoria the T had caused.

It’s now been five years since I had my meta and I never think about getting a phalloplasty any more.

I was, indeed, more than happy with how things turned out but every journey is unique and your decisions are yours to make and nobody elses.

Take the time, talk, read, but most importantly listen to yourself.

As it stands, I’m just not prepared to sacrifice my own hand to get one.