A transgender woman in Nigeria who attended the protest gives her take on what happened and why it’s so important.

On January 7th 2014, an act known as the SSMPA (Same Sex Prohibition Act) was passed into law by then president Goodluck Jonathan. Intended to prohibit gay marriage, this law actually criminalizes any person who “registers, operates or participates in gay clubs, societies and organization” or “supports” the activities of such organizations, co-habiting with a partner and any “public show of same sex amorous relationship.”

Sentences can be severe with up to 14 years imprisonment which has been used to terrorise so many queer people living in Nigeria.

“Basically, because of this law [SSMPA] the police treat people in any way that they please. They torture, force people to confess, and when they hear about a gathering of men, they just head over to make arrests.” — Executive Director of an Abuja NGO in 2015

I remember the day the law passed. I was watching on television as it happened and it was the most terrifying thing I have ever seen. Not even a week later we would receive news about gay people being lynched because they were caught having sex in their own houses. Police were even searching the phones of suspected gay people.

So many people tried to flee the country while others who couldn’t escape had to go back into the closet for their safety. Vigilante groups in society were merciless in how they dealt with suspected queer people. It was unbearable.

On April 7th 2022 an ammendment to the SSMPA takes aim at those of us living outside of cisgender norms. The bill titled ‘The Crossdresser Bill’ was introduced to the National Assembly and aims to criminalise anyone who dresses outside of expected gender norms. With sentences up to ₦500,000 or 6 months in prison.

It’s widely believed in the Nigerian LGBTQIA+ community that these actions are an attempt to gain votes in the upcoming presidential election. They are playing the public off against us and using us as scapegoats for problems our Government created.

Due to the circumstances mentioned above, many in our community have relied on social media activism to advocate for our rights. A petition was started and we gained hundreds of signatures, but we felt this wasn’t enough and we had to go further. So we discussed within our group of friends about organising a protest to repeal SSMPA and also block the crossdresser bill too.

At first there was mixed feelings due to concerns about safety, not least as many of us faced harassment when we joined the ‘end SARS’ protest in 2020. Eventually we agreed. We are so tired of hiding, running away and living in fear; we had to do something and so we planned a protest for May 1st 2022. The first ever protest of its kind to be held in Nigeria!

Hundreds signed up to attend the event though as expected, few actually turned up due to the fear and stigmatisation. But it was still beautiful to see and connect with those who did. We faced opposition from police who told us to erase messages of love and support for queer lives from our signs and who lied to us about protest rules, claiming no protests were allowed any more.

We stuck to it because “enough is enough” and found a place to continue our protest and aimed for as much media coverage as we could get. We refuse to be silenced anymore. We are still planning for more protests and this time, we will reach the government’s offices. We will shake the pillars of our oppression with our voices. This movement has started and it won’t stopped.

If you’d like to lend your support to queer Nigerians, you can get informed, engage with and support the communities via hashtags such as #WithdrawCrossdressersBill and #RepealSSMPA. Chizoba also has a personal gofundme which can be found by clicking here. 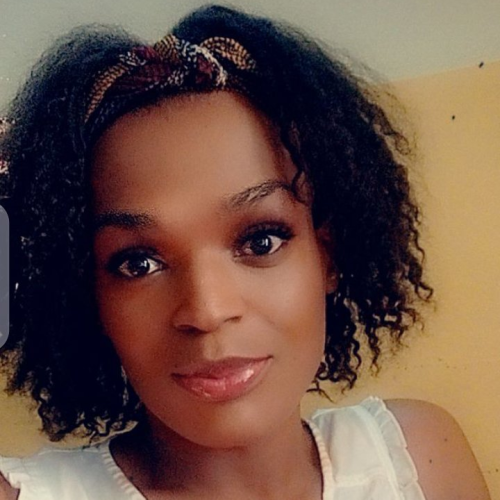 Kevin Lister, a teacher from Swindon, was fired and is now taking legal action against his former school. He was fired regaridng his treatment of a transgender student.
News

An employment tribunal has found that a trans woman was discriminated against when she was asked about her use of the changing areas. This discrimination was based on the protected characteristic of gender reassignment.
Previous articleRosie Duffield: [Labour’s] trans policy makes feminists vote Tory
Next articleSurvivor’s Network are being sued for trans inclusion