Wickes, a hardware store, attended Brighton Pride this weekend with a stage that included signs anti-trans groups have taken umbrage to.

I am no fan of rainbow capitalism. I’m saying that right now at the start because I loathe that I am having to write in defense of any billionaire company that thinks slapping a stage up at Brighton Pride with their logos on it is enough to say you support LGBTQIA+ lives. But here we are, because The Telegraph and The Daily Mail have nothing better to do than manufacture outrage.

The story is your usual transphobic nothing-burger. Wickes put up a stage, it had a sign on its left reading “No LGB without the T” and “We stand by our Trans siblings now and forever”. On the right there is another sign reading “ban conversion therapy for all”. This is what The British Media have decided was newsworthy today – during all manner of national crisis.

This in part due to everyone’s favourite anti-trans group who insist they are not an anti-trans group; LGB Alliance. On their official Twitter account they wrote; “We must assume that Wickes have not understood the significance of this slogan. They cannot seriously believe that lesbians, gay men and bisexuals may not organise in our interests without the permission of trans people.” Which they quite obviously do not believe.

The Telegraph write; “DIY store Wickes has been accused of discriminating against gay people over a float at the Bright Pride parade”. They cover the above quote, attributing it to Kate Barker of LGB Alliance. They also cite an opinion from Allison Bailey – who famously lost her case against Stonewall UK where she alleged they discriminated against her.

Allison Bailey, introduced as “a friend of JK Rowling”, writes; “This is Wickes promoting unlawful discrimination against lesbians, gays, and bisexuals and making our rights  conditional on supporting another group.”

Included at the very bottom of the piece is a comment from Wickes themselves which reads; “We are an inclusive home improvement employer and retailer and support the LGBTQ+ community inits entirety.”

The Daily Telegraph here platforming the view that Wickes anti-conversion therapy signs are homophobic. Notice how they cut the second sign out.

They quote Bailey, calling her a barrister & friend of JK.

Iirc in the initial online piece, they did not refer to her as a barrister pic.twitter.com/D1MdQuPPyB

So what’s the story here? As the image attached to The Telegraph article shows; this whole thing is a fake outrage based on ignoring the full picture in order to try and make trans people seem bad. The image in The Telegraph article is clearly the image used in the LGB Alliance tweet but it has been cropped. I would suggest probably deliberately in order to focus on the trans sign, ignoring the sign on the right which gives the trans sign its context.

At first an all inclusive and full ban was promised, it was then dropped entirely only to be replaced with a conversion therapy ban for sexual orientation but not gender identity – with even the sexual orientation ban being lackluster to say the least.

This prompted over 100 LGBTQIA+ groups to sign a statement together via LGBT+ Consortium, backing out of the Government’s #SafeToBeMe event.

That’s it, that’s the whole story. LGB Alliance’s Allison Bailey and Kate Barker have given comment to The Telegraph in order to further their manufactured outrage over signs at a Pride event. Signs which are supporting the whole LGBTQIA+ community and calling for an all inclusive ban on attempting to torture the queer out of us. If only they had been capable of reading more than one sign, this whole thing could’ve been avoided.

I can’t even be angry at The Telegraph and Mail readers who read this crap and find themselves nodding along in agreement. There is only pity and sadness for people so gullible and small-minded. I can only hope they figure out they are being manipulated into fear and hatred of some of the most marginalised people in our societies, with no good reason.

I don’t have a good way to finish this, but uhh.. hey Wickes. I do a lot of DIY. Give me money so I don’t have to pay for it myself, thanks. 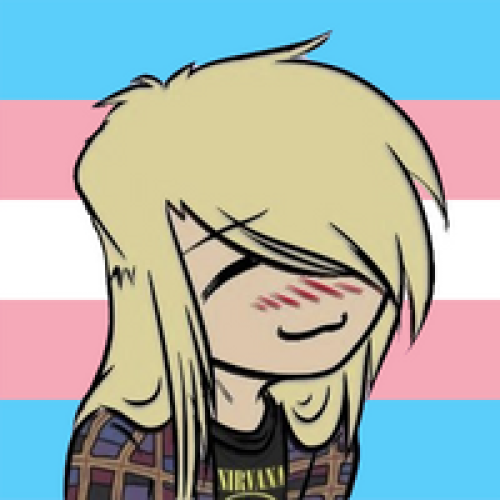 Gemma Stone
Gemma Stone is a transgender writer who has been covering the rise of transphobic hate campaigning in the UK. She has written hundreds of articles dissecting aspects of transphobia including debunking blatant disinformation. She is very tired and trying her best, and hopefully having a positive impact on such a beautiful community.
Share
Facebook
Twitter
Pinterest
WhatsApp
Linkedin
ReddIt
Email
Telegram
Copy URL

A JK Rowling selfie has become a news item after the Harry Potter author posted one to social media. In which, she is seen wearing a t-shirt targeting Nicola Sturgeon by calling her the "destroyer of women's rights".
Patreon

Kevin Lister, a teacher from Swindon, was fired and is now taking legal action against his former school. He was fired regaridng his treatment of a transgender student.
Previous articleSociety of Authors mobbed by transphobes over disability support
Next articleKeffals calls upon community for support after terrifying police raid